Inside a Solar-Powered Showroom

Unless you arrive via helicopter, you might not notice that Audio High’s 5,000-square-foot showroom and office space is 100-percent powered by solar energy. The solar panels situated on the roof are among the few tip-offs. 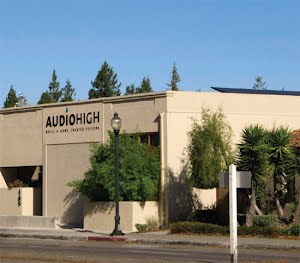 The high-end audio/video dealer doesn’t take the minimalist approach that some associate with solar energy users. In fact, the indulgent electronics displayed fly in the face of solar skepticism.

If a high-end A/V dealer trusts solar power to juice its $250,000 Meridian 810 Reference Video System — one of two on display in the U.S. as of press time — a homeowner can feel good about it powering their toasters and such. That’s one reason Mountain View, Calif.-based Audio High decided to go the solar route, says owner Michael Silver.

It worked, according to Norm Steinke, COO of Meridian America. “I was apprehensive at first when Michael told me he wanted to build it this way. When we got there I was impressed that we just had to plug it all in; it was just like anywhere else.” 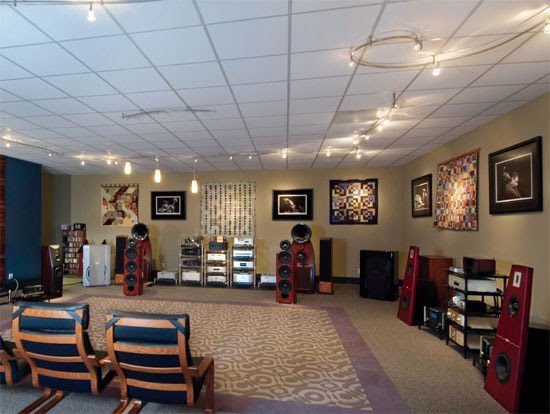 Room for Two-Channel Audio
Owner Michael Silver says he doesn’t know of any dealer that does more two-channel business than Audio High. You can’t say they don’t earn it. The largest room in Audio High’s 5,000-square-foot showroom is the dedicated two-channel room. It’s loaded with amps, preamps, transports and DACs, high-end cable, turntables and, of course, speakers. It’s a good room, according to Meridian’s Norm Steinke, and not just because it includes Meridian DSP 5200 speakers and the Meridian Sooloos Control 10. He wishes more U.S. dealers display two-channel.

Other than utility savings, there’s no real financial advantage to Audio High being so green — although Silver says his Bay Area customers appreciate it. “Solar in general, and our ability to integrate it into an automation system, is important to people in Northern California.”

The company doesn’t install solar panels, though, so the technology isn’t a sales-driver. “We leave that to the companies that specialize in it,” Silver says.

When Audio High designed and had the building constructed during an eight-month span in 2007, it certainly could have saved on the “couple million” it spent by not going solar — even though Silver says he saved by doing the design himself. He enlisted the staff to build the systems and he closely managed the process.

Even though Audio High’s solar energy system is connected to the grid, it doesn’t receive utility credits when it produces more energy than it uses. “That law has to change,” Silver says, referring to California not following the lead of other states that encourage solar power by rewarding excess energy-producers. “It’s a

[lousy] law. It doesn’t encourage businesses to do this.”

The only reason Audio High went solar is “because we care about the environment,” Silver says. “We always operated green, but at some point the Bay Area Green Business Program certified us as green. We didn’t have to change anything; we were already doing all the practices they required.”

When it came time for Audio High, which previously rented office and demo space in the building next door to its current location, to invest in its own facility, Silver says it was natural to have it be solar powered.

After all, Silver’s home is solar powered, too.

When Audio High says its building is 100-percent solar powered, it means it. “There’s no gas. The water heaters are electric. Everything runs off solar,” Silver reiterates.

High-End Home Theater
There are reasons why Audio High gets to be one of two dealers in the U.S. displaying the Meridian 810 Reference Video System. “The showroom is done very, very well,” says Meridian’s Norm Steinke. Audio High doesn’t lose much in the details. For instance, the 810 projector is calibrated on a Stewart Filmscreen Sudiotek 130 screen at the factory. In Audio High’s high-end demo room, the 810 is displayed in conjunction with a Studiotek 140 with the same fabric as the 130. 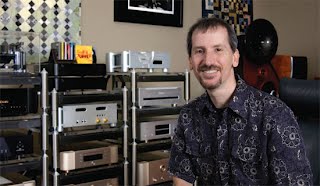 But being 100-percent solar powered isn’t the only characteristic that distinguishes Audio High’s showroom. “We’re a very unusual store in a lot of ways,” Silver says.

One clear way is its commitment to two-channel audio. Audio High features a dedicated two-channel room where it displays brands such as Chord Electronics, Dali, Esoteric, Exposure, KEF, Marantz, McIntosh and Meridian. It even shows high-end turntables.

“Very few stores across the country have as strong of a two-channel focus as we do,” Silver says.

For Meridian, which also does a lot of two-channel business but mostly outside the country, “it would be nice if more dealers in the U.S. were representing two-channel and not just whole-house audio,” Steinke says.

The two-channel payoff for Audio High comes in the forms of cash flow, repeat customers and referrals. “The custom side of business earns more money because they’re big projects, but we do more two-channel business,” Silver says.

On the less high-volume side, another unusual characteristic is Audio High’s Meridian 810 display. Audio High along with Isi Automation Intl in San Antonio, Texas, are the only “premium” dealers in the country that Meridian has allowed to display the system.

The company is so selective, Steinke says, because the bar is very high when it comes to displaying a $250,000 system with a 10 mega-pixel projector. “You really have to make sure that it’s shown correctly and in the best light,” he says.

“People will look to be critical of what’s considered the best. We don’t want to end up with threads on a Web site questioning the product. When we put it up at Audio High and you can stand up close and not see the pixels on the screen, it’s difficult to say something bad.” 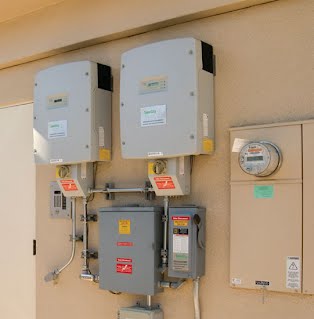 Other than utility savings, there’s no real financial
advantage to Audio High being so green. But owner
Michael Silver says his Bay Area customers
appreciate it. “Solar in general, and our ability to
integrate it into an automation system, is important
to people in Northern California,” he says.

As unusual as Silver says Audio High is, it’s able to reel in some mainstream commercial clients, including Nokia, Motorola, Electronic Arts, Flextronics, NASA and Google, its Mountain View neighbor.

The showroom, for the most part, doesn’t drive commercial sales. “Many [commercial projects] are conceptual. It’s more about them telling you what they need.”

In the case of Google, for instance, Audio High traveled across town to install high-end video solutions and provide consulting on how to optimize video and audio performance. 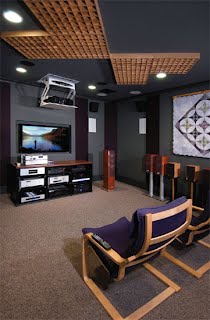 Audio High isn’t adverse to long-distance travel. It has done commercial projects in Asia and frequently goes to Hollywood or New York to work with musician clients. The company mentions some celebrity clients on its Web site, including Herbie Hancock and Wynton Marsalis, but eschews listing others for privacy reasons. Silver says every celebrity client has come from a referral. He adds that most of the company’s clients were referred to them.

The strong referral network is one reason that Silver is confident that Audio High will weather the economic downturn. That doesn’t mean that the high-end dealer isn’t feeling it though.

“We’ll do all the calculations and crunch all the numbers [as the year’s end approaches] but my sense is that we’ll be down for 2009,” Silver says. “But it seems like we’re never running out of work because something else always comes up. We’ve managed to stay busy all year.”

Relative to other stores, Silver thinks that Audio High is remaining above the fray. “It’s been a tough year for everybody,” he says. “But as long as we can pay our employees, I don’t fret a lot.”

Another advantage that Audio High has is its 100-percent solar powered showroom. Unless the energy crisis suddenly fades away, the company will always have that connection with its energy-conscious Northern California client base.

Being connected to the grid may not get Audio High any California utility credits, but it probably earns points with customers — and their referral friends.