Audio High was founded by Michael and Claire Silver in 1997. Since then it has grown into one of the most successful home automation companies in North America, with three locations across the United States. Michael and his wife, Claire, founded Audio High to help raise money for a number of charities and eventually went on to found a separate non-profit organization (Silver Linings) that is dedicated to this endeavor. They have contributed hundreds of thousands of dollars to many causes, including donating over $200,000 in equipment and labor to the Lucile Packard Children’s Hospital at Stanford to build a theater for sick children in the hospital. Michael has also produced 15 concerts over the past few years to raise money for various charities.

In 2011 Audio High Los Angeles was formed by Michael Silver and Bradley Zimring. Before joining Audio High, Brad used his business, technical, and musical knowledge to start his own company. Shortly after Brad completed his MBA program with Honors, the two techies were introduced and decided to join forces in Los Angeles to create a branch of Audio High that could handle the most complex theater and automation systems from day one. And they did.

Devoted audiophiles and techies, Michael and Brad love showing clients why they are so passionate about sound and automation — and the best way to do that is visit one of our stores! 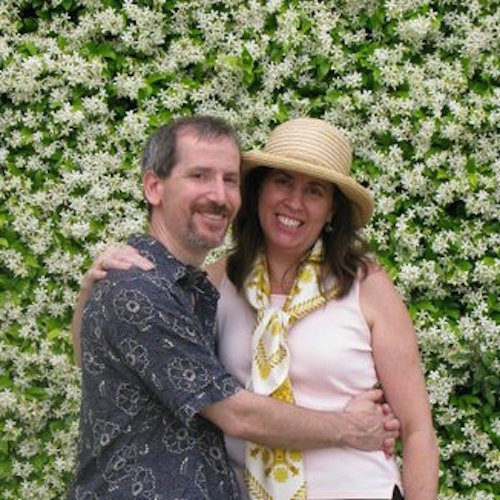 Michael is a technologist and entrepreneur with a multidisciplinary background that includes computer science, mathematics, human factors, linguistics (with a specialty in writing systems), genetics, molecular biology, audio, video, color science, photography, writing, and music. He is also passionate about high-performance driving and in his spare time coaches drivers on race tracks in California, Oregon, and Washington.

Michael began playing the piano at the age of four and has been deeply involved with music ever since. He has sung and played a number of instruments professionally, wrote and directed music for three years for Shakespeare Santa Cruz, performed in the west coast premiere of Nixon in China under the direction of composer John Adams, and won several piano competitions.

Michael studied music for five years at UC Santa Cruz (with a minor in art) and later graduated as valedictorian from St. Mary’s College of Moraga with a degree in management. He has worked as a composer, arranger, musician, musical director, and teacher. He has also been a disc jockey for a large classical music station (KBOQ), worked for PG&E as a state-licensed home inspector and auditor (and energy conservation specialist), and he taught mathematics at a community college (when he was still in high school). Michael currently holds an active C-10 electrical license.

Before founding Audio High, Michael was involved with a number of technology companies in the Bay Area. For seven years, Michael was a development manager at Apple Computer, overseeing three groups concurrently. During his tenure at Apple, he wrote and published a programming book; wrote the telecommunications code that sent the first e-mail from space and supported the astronauts during that mission; and re-architected America Online to support other languages, cultures, and writing systems. In addition, he co-designed the telecommunications language used by AOL, Apple, CompuServe, GE, and others; and he designed the Unicode compression algorithm used by Apple and AOL. Michael also designed the user interfaces for several Apple products, wrote a suite of online content-publishing tools, and was the technical editor for numerous publications.

Michael has co-founded three technology companies and founded six other successful businesses. He has authored a number of patents. For his work with NASA on several projects, Michael was made an honorary Air Force Captain.

Michael also has a long history of doing volunteer work, starting at a young age raising money for Muscular Dystrophy. His volunteer work also includes teaching for the American Red Cross, doing emergency medical work at the Catalina Hyperbaric Chamber, volunteering for the SPCA, and doing molecular biology research at Stanford University. He has also done volunteer work as an EMT and DMT. He is a Divemaster who specializes in both dive-related medicine and underwater photography. Using his background in molecular biology, Michael served for two years as the chair of the Research Advisory Committee of CFRI and participated as a member of this committee of doctors and scientists for some time before that. 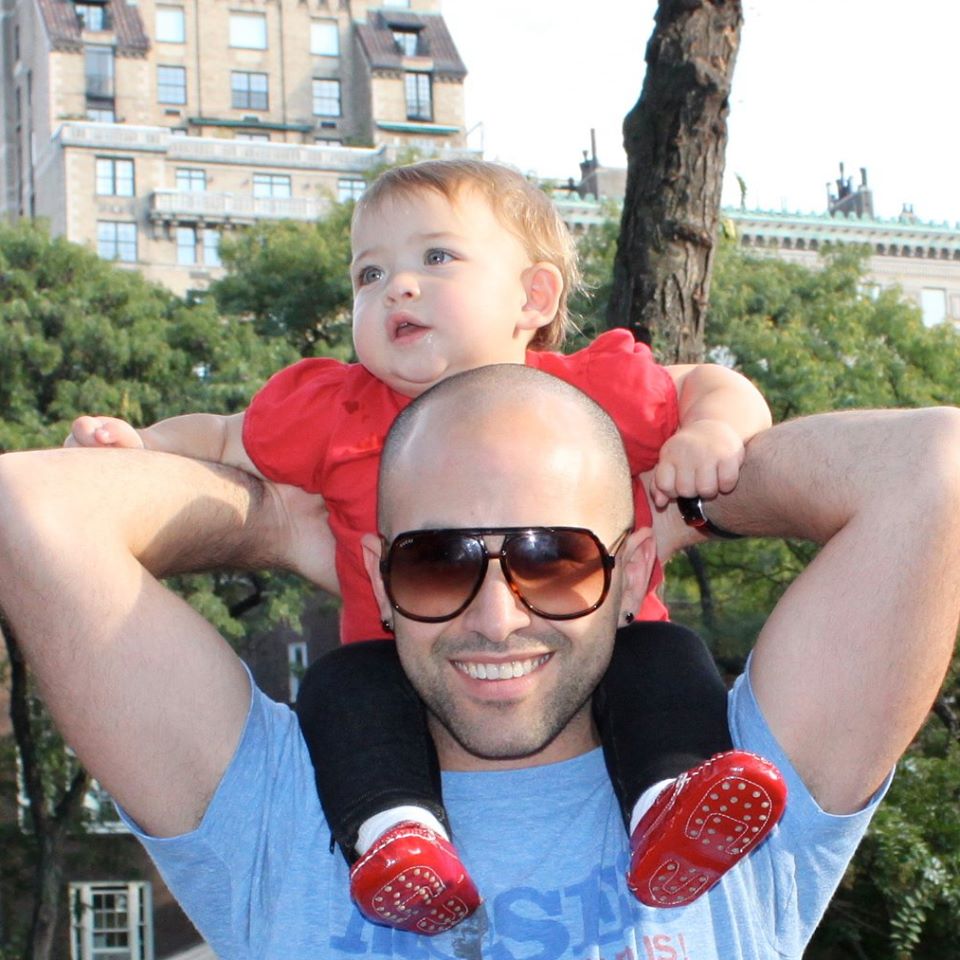 His passion for music and technology began in the third grade when he received his first Fender electric guitar. He then proceeded to learn every Guns N’ Roses, Metallica, and Led Zeppelin song he could. In high school, his passion for music manifested with 4-track-recording improvisational jam sessions with his jazz bandmates. In Atlanta, at Emory University, he double majored in Computer Science and Economics, while his musical pursuits found new instruments, new recording technologies, and weekly DJ residencies in Buckhead and downtown Atlanta.

Immediately after college and before graduate school, Brad held an interim job at Stereo Exchange in Lower Manhattan, where he was first introduced to the world of high-end audio and home automation. He began installing and programming Crestron systems and racks of Meridian and McIntosh equipment. With a strong desire to work for the companies that created musical recording and production equipment — now all moving into the digital realm — Brad furthered his education at Stanford’s Center for Computer Research and Musical Acoustics, earning a Master’s in Music, Science, & Technology. The studies at Stanford included focuses on Digital Signal Processing, Recording, Electrical Engineering, and Human-Computer Interaction. In a program of fewer than 10 students, Brad was able to have close and personal interactions with professors that included Max Matthews, one of the founders of Digital Audio at Bell Labs, and Bill Verplank, who pioneered the invention of the computer mouse at the prestigious Palo Alto Research Center. Brad’s final thesis project included building a MIDI drum machine from scratch and using it to perform an original song on original software that allowed multi instrumental tracks (guitar, bass, and keyboard) to be recorded live, looped, and manipulated in real time while simultaneously performing a turntablist’s scratch track.

After graduation, Brad realized that everything he had learned both in college and in his hobby recording studios could be applied to this rapidly growing field of digital media technologies and automation systems. Working with the top companies in Palo Alto and Los Angeles, Brad programmed and managed the largest and most complex automation and theater systems for the highly discriminating clients. With guidance from a good friend who was both a supervisor and mentor, Brad returned to school to further his career beyond programming and project management and push himself into new challenges. Receiving a merit scholarship to attend USC’s Marshall School of Business made leaving his job that much easier, and he went back to school with the hopes that this move put him in the position where he could successfully run his own business doing what he most loved.

Brad used his business, technical, and musical knowledge to start his own company, and shortly after completing his full-time MBA program with Honors, Michael Silver and Bradley were introduced and decided to join forces in Los Angeles and create a branch of Audio High that could handle the most complex theater and automation systems from day one. And they did.

In 1997, the owners of Audio High founded Silver Lining Giving, a 501(c)(3) non-profit organization dedicated to enriching the lives of those affected by illness.

Audio High donates a percentage of its profits to “Silver Linings,” who in turn supports projects such as the refitting of the Lucile Packard Children’s Hospital’s “Forever Young Zone.” Audio High also provides Silver Linings with office space, staff, and other operational support, meaning that 100% of any donations made go to the charities Silver Linings supports and the projects they do.

If you have old equipment you would like to donate or simply want to make a cash donation, please call us or send an email to us at donations@audiohigh.com.

Audio High supports many charitable causes and some of our beneficiaries include:

Ready for a Consult?

CONTACT US TO BOOK AN IN-HOME CONSULTATION. WE’RE READY FOR YOU.